Cities are becoming increasingly intelligent thanks to the use of numerous different technologies. We are seeing the emergence of more sustainable cities that improve their citizens’ quality of life and conserve resources.

Cities cover just two percent of our earth’s land mass, but the majority of the world’s population and its economy are concentrated within them. And the tendency is increasing. According to forecasts by the World Bank, by 2050 70 per cent of the world’s population will live in cities. Cities need new solutions that will enable them to offer their citizens quality of life, sustainability and attractive economic infrastructure. The solution is the Smart City.

It is not a specific technology or concept, it is a fundamental idea. A Smart City is a city that makes its networks and services more efficient, supported by digitalisation and telecommunications. Thus contributing to a sustainable and climate-friendly future for citizens and businesses. The aim is to improve citizens’ quality of life and their social participation.

Another important objective is to reduce the use of finite resources and to establish renewable energies. But the Smart City also includes creating a transparent decision-making structure for municipal processes. Last but not least, the aim is to maintain or improve the long-term competitiveness of the city as a business location. However, the primary overriding objective is to strengthen the city’s ability to survive, its adaptability and its resilience by mitigating. Or avoiding the negative consequences of urbanisation.

A package of measures

The idea makes an impact on a large number of different fields where technological advancements can bring better services. This includes solutions for a wide variety of challenges, such as efficient transport, intelligent buildings and optimum energy use. For example, sensors in the asphalt record traffic volumes and algorithms trim the traffic flow to make it more efficient. Street lights switch to energy saving mode at night when there are no pedestrians or vehicles approaching.

According to the Smart City Index, published by the digital association Bitkom, Hamburg is the smartest city in Germany. It is taking action in many different areas to make the city smarter. Matthias Wieckman, head of digital strategies for the city of Hamburg says: “Anybody who is considering measures to create a Smart City should ideally start with a limited number of applications. So that they can be properly tested before they are rolled out to clarify their external impact and financing models. The city administration should initiate some small-scale solutions in the initial phase. So they help to smooth the way, rather than starting with a larger, more comprehensive solution.”

The Smart City Index rates German cities in terms of digitalisation. The digital association Bitkom calculates the index for all 81 German cities.

Around 60 projects are being implemented in the field of intelligent transport systems. Many of these services are intelligently linked using apps. Data from areas such as transport, environment, social services and the economy are linked in an “Urban Data Hub”. A data platform that is accessible online, allowing analysis in real time. And enabling innovative digital services to be designed for civil society, business and public administration. Networking is based on a 5G network, because of the high performance, capacity and rapid response time.

Connecting citizens, government and business within a Smart City

When developing a Smart City, cooperation between interest groups is absolutely crucial. Interest groups can consist of local government officials, citizens and third parties including businesses or other institutions. Therefore, the city Perth has created a platform that enables citizens and the different interest groups to share ideas and data. The aim is to improve quality of life, sustainability and working conditions of Perth. A series of smaller projects have been launched to develop and roll out new technologies. These include intelligent irrigation, video analysis of surveillance cameras to support decisions, a public LoRaWAN and a trial of smart street lights.

What does LoRaWAN stand for?

Lithuania is a pioneer in Europe when it comes to digitalisation and e-governance. Over 90 per cent of contacts with official authorities can be dealt with online and a company can be established in just three days. The Lithuanian Ambassador in Germany, Darius Jonas Semaška, explains: “These days, modern societies should no longer be scared of using the very latest technologies. For Lithuania, the development of digital solutions primarily means making daily life easier.” 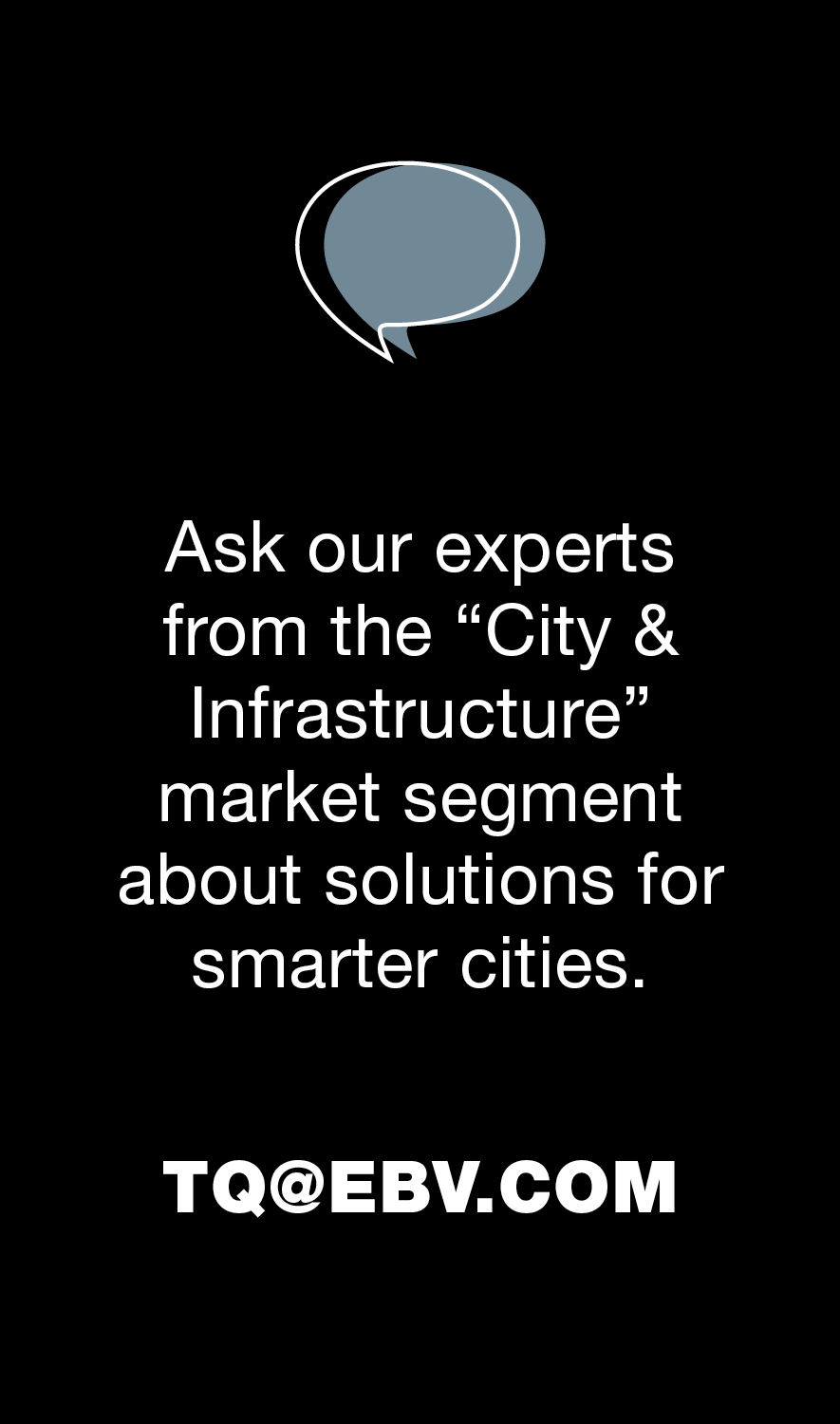