Robots assist personnel in the healthcare sector. Whether in hospital logistics, as household helpers, or in rehabilitation: service robots are being successfully deployed in more and more areas.

People and machines are increasingly combining to make well-coordinated teams, thanks to systems which incorporate motion detection, navigation, learning capabilities and artificial intelligence. A major example of such a system is the “da Vinci” surgical robot, which has enjoyed great acclaim all around the world. As opposed to conventional minimally-invasive surgery, which has long been practised for gall-bladder operations and appendectomies, da Vinci is able to safely handle much more complex procedures. The robot always remains under the surgeon’s control, as Professor Gerd Hirzinger, former director of the Institute of Robotics and Mechatronics at Germany’s national aeronautics and space research centre DLR in Oberpfaffenhofen, affirms, but adds: “A tiny robot arm is able to target a biopsy needle into a brain tumour just a few millimetres in size with no shaking, and even more precisely than the surgeon’s hand.”

Robots also do valuable work in the logistics operations of state-of-the-art hospitals, such as the Niguarda Ca’ Granda hospital in Milan. On a site covering some 340,000 square metres, 32 driverless carts operate entirely autonomously, delivering meals to wards, disposing of laundry and waste, retrieving medications from the pharmacy store, procuring medical accessories and carrying out sterilisation procedures. This means the human nursing staff are able to use their time doing work which provides better care to their patients. “The key to this high level of automation is flexible, configurable and autonomous service robotics”, explains Nicola Tomatis, CEO of BlueBotics and inventor of Autonomous Navigation Technology. “Autonomous operation within a human environment demands intelligent navigation, which is capable of working without additional infrastructure and so is commercially viable across a broad range of applications.”

Most operational service robots are to be found in Japan. Not only do the Japanese have a particular affinity with technology, their population is ageing at a faster rate than that of any other industrialised nation. Panasonic, for example, has developed the autonomous delivery robot “Hospi” for use in hospitals. Working round the clock, it relieves the strain on the personnel by transporting medications, medical samples or patients’ medical records. It is fitted with special security features which prevent manipulation of samples or theft of medication. The robot is able to travel on lifts on its own, and can move freely between different parts of the building. It navigates by sensors, using a programmed-in map of the hospital. It automatically evades obstacles. Selina Seah, Assistant Chief Executive Officer at Changi General Hospital in Singapore, comments: “HOSPI can help us save manpower and time in a simple and practical way.” Changi General Hospital is currently implementing four Hospi robots. “By harnessing autonomous technology like HOSPI, we can optimise our workforce and improve productivity.”

A helper for people

The Toyota Motor Corporation is also driving forward the development of a service robot. The Japanese company has presented an enhanced prototype of its “Human Support Robot” (HSR). The versatile everyday helper assists people with limited mobility of their arms and legs. By taking over everyday tasks, it enables people who need care or rely on assistance to continue living an independent life at home. The light-weight robot, standing about a metre tall, can use its flexible gripper arm to pick up objects from the floor or from a shelf and put them back again, or open and close curtains, for example. The HSR can also be controlled remotely. This means family or friends can operate the robot even when they are away from the location. When doing so, the remote operator’s face is shown on the display and their voice is heard in real time, so enabling the person being assisted to interact with family and friends.
This is important because many people are reluctant to interact with machines as helpers. In fact, the major challenge for service robots in future will be to ensure they can communicate and interact with the person they are helping. Experts predict that by 2050 sensitive robots will be capable of expressing “feelings”, and establishing relationships with humans in a natural way. 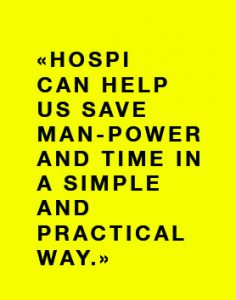