The information and communication technologies of the Smart City can also be used to make the health system more efficient. The city of Vienna, for example, has already introduced an electronic patient record, while Düsseldorf is developing a system for telemonitoring of the elderly.

The interconnected, all-embracing communications infrastructure of the Smart City can also open up new opportunities in the health sector. As in public administration, the new technologies will aid and enhance patients’ access to healthcare services. At the same time, the electronic systems of the Smart City will interlink doctors, hospitals, pharmacies and health insurers even more closely, providing access to all necessary data. Seamless information flows will mean patients receive the care they need more quickly and in more personalised ways.

Patient data will be exchanged electronically

The basis of this is the electronic patient record. It is a database holding patients’ treatment data, details of their medication and other health data. For Austria’s capital Vienna, the introduction of such a database forms part of its overall Smart City strategy. Austria’s electronic patient record, known as “ELGA”, was first introduced into Vienna hospitals in late 2015. “By way of the ELGA portal, patients are able to view, print or save their own health data – whenever they want, and wherever they may be. That is an innovative feature, and it provides patients with more knowledge about their own health,” says Susanne Herbek, Managing Director and spokesperson of ELGA, in describing the benefits for patients. The online log also enables users to see exactly who accessed what information, or carried out what actions, when. Patients access their personal health record via an online portal, using their mobile phone signature or official ID card as identification. The ELGA database is divided into two parts: the identification of patients and healthcare providers, such as doctors or pharmacies and access control is managed centrally. The patient data itself – diagnostic reports or X-rays for example – is decentralised, held by the organisations who originate it. Information can only be used externally – that is, by other hospitals or clinical specialists – if the patient has given his or her consent. The introduction of the electronic patient record is just one step on the way to realising Vienna’s Smart City strategy, however: other elements include telemedicine services, in particular mobile monitoring devices.

Special eHealth applications on smartphones or wearables might be used to perform biomedical measurements to monitor a patient’s condition, for example. Thanks to intelligent analytical software, this data can be used to detect critical changes in a patient’s health at an early stage. The patient, his or her family, or the attending physician are alerted in the event of critical values being recorded. An ambulance can be called immediately in an emergency. The program then automatically relays the patient’s location and the critical data to the control centre. Routine monitoring of pre-defined vital signs data means patients can more often stay at home.

This is exactly what a project being run jointly by the city of Düsseldorf together with the private companies Telefónica and ZTE is seeking to achieve: the three partners are looking to develop a system for passive digital monitoring of the elderly. The system will track behaviour and movement by means of sensors, not by cameras, so the elderly patients will not feel as if they are being watched and their privacy can be better protected. An app provides family, friends or doctors with status reports several times a day, indicating whether all is well or not.
“The city of Düsseldorf wants to set a good example with the launch of this e-healthcare pilot. Digitisation is not just a slogan for us. On the basis of this pilot project, we want to show that digital solutions are for the benefit of all and can be used to contribute to tangible improvements in living conditions and, in particular, healthcare,” explains Dr Andreas Meyer-Falcke, Health Councillor, City of Düsseldorf. The technical side of the project is a cloud-based trend analysis platform from ZTE. The data collected by the sensors is transmitted over the mobile communications network via a gateway to ZTE’s data centre in Düsseldorf, which is operated under German IT security laws. Only persons authorised by the patients concerned – be they family, friends or care staff – are allowed to view the data. 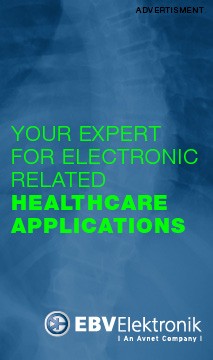