Devices for the Internet of Things require only a small amount of energy. Which can be efficiently produced from our direct surroundings. With the enormous number of IoT devices, the energy potential of these energy harvesting technologies will soon total several hundred terawatt hours.

Around 30 to 70 billion devices constituted the Internet of Things (IoT) in 2020. And even if estimates vary significantly, one thing is certain: the number of devices will only keep increasing. It also goes without saying that these devices need energy. As early as 2014, the International Energy Agency (IEA) warned that the electricity consumption of all the networked devices around the world was around 616 terawatt hours. This estimate was based on 14 billion networked devices back then. This is roughly equal to what households across Germany use each year in final energy.

Finding sustainable solutions to provide power to IoT devices is therefore a significant step in combating climate change. One option to consider is “energy harvesting”. This is an umbrella term for different technologies that use energy from the environment. For example, they could generate electricity from movement and vibrations, air currents or differences in temperature. When this happens, the output achieved usually ranges between 0.0001 and 500 milliwatts. “Energy harvesting solutions form the basis for supplying electricity to a number of batteryless IoT applications. Which will make our lives easier in the future as part of the digital transformation,” says Dieter Bauernfeind of ElecCon technology with certainty. Together with the Deggendorf Institute of Technology and Lintech, his company is, for example, developing an energy generator with wireless functionality to connect from anywhere and which generates electricity from mechanical movement. The system is to be put to use in logistics.

This is where piezoelectric materials come into play. They generate electricity in response to mechanical stimuli such as vibration or movement. Piezoelectric energy harvesters can now be put to use. One way of doing this is using MEMS technology. So, using the harvesters as tiny components that combine logic elements and micro-mechanical structures in a single chip.

Another technology that produces energy from movement is being used by a group of researchers at the Chinese University of Hong Kong. They use a special intelligent macrofibre material that generates energy when any sort of deformation occurs. The researchers used this to construct an energy harvester that can be attached to the wearer’s knee. It generates 1.6 microwatts of energy when the wearer walks. This is enough energy to power a fitness tracker, for example.

Photovoltaics are another significant energy source. However, many IoT devices are installed inside buildings, where there is no bright sunlight. The light received there usually totals only 30 to 50 lux. By contrast, direct sunlight can reach up to 130,000 lux. Therefore, a team of researchers from Uppsala University has developed special indoor photovoltaic cells. These are based on copper complex electrolytes. Which can convert light from fluorescent lamps and LEDs to electricity with 34 per cent efficiency. “Knowing the spectra of these light sources makes it possible to use special dyes to absorb indoor light,” explains Marina Freitag. She is the Assistant Professor at the Department of Chemistry at Uppsala University.

Even radio waves are a type of energy from the environment. One pioneer in harnessing this energy source is Drayson Technologies. The company has now brought the third generation of its Freevolt technology to market; this can produce electricity from NFC, mobile or Wi-Fi networks. When doing so, the solution can reach an “RF-to-DC” efficiency level of up to 80 percent – delivering enough energy to power a modern smart card, for example.

There is a lot of energy in the heat that is emitted by everything from engines and machines to the human body, for example. Depending on the physical characteristics of the thermoelectric material and the quantity of thermal energy available, thermoelectric generators can generate between 20 and 10 microwatts per square centimetre.

As the profile of energy harvesting generators is notably different to that of a battery, special power management interfaces are required. For example, these control calculation processes in the chip, depending on the energy available. Furthermore, they convert current and voltage to a level that can be used to operate the IoT device. Chip manufacturers also now offer special ICs. They are often able to manage the energy from different sources, and make the integration of energy harvesting into an IoT device significantly easier.

Even though the potential energy gained through energy harvesting is not insignificant, there are two even stronger arguments for its use: energy harvesting solutions significantly reduce the maintenance costs for IoT devices, as the batteries have to be replaced much less frequently. The ideal situation would be to get rid of the battery completely, preventing toxic materials from entering the environment. Therefore, there are several arguments in favour of energy harvesting solutions. Correspondingly, market prospects for this technology are optimistic: according to a Market Study Report, the global energy harvesting market will grow by an average of 10.15 per cent year on year from 2020 until 2028, reaching a total volume of around 9.45 billion US dollars. 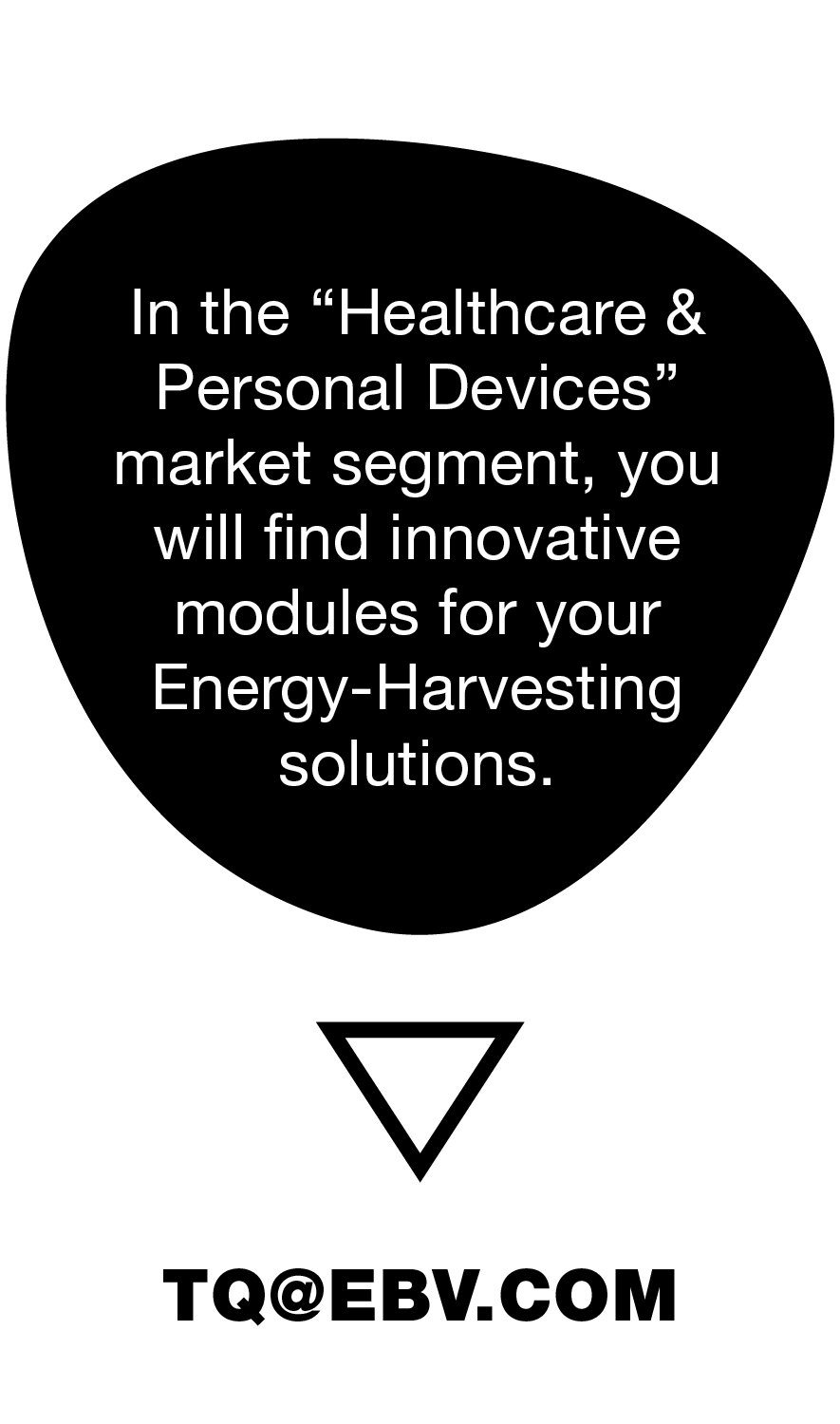