Green hydrogen will be a core element of any future energy system. It can play a significant role in achieving net zero greenhouse gas emissions in all sectors by 2050. And contribute to the system integration of fluctuating renewable energies.

Hydrogen is an energy source with enormous potential. The gas has a lot of energy, burns cleanly and can be transported easily. Additionally, it can be stored reliably for a long period of time. It will be able to play a large part in achieving the Paris Agreement by 2050. EU Commissioner for Internal Market, Thierry Breton, said: “Clean hydrogen plays a key role in the race to decarbonise numerous sectors of our economy. As a central element of the European Green Deal, renewable and low-carbon hydrogen will not only contribute to the green energy transition. But also represent significant business opportunities for EU companies.”

On Earth, hydrogen practically only exists in the form of a chemical compound, for example in water, methane or biomass. In order to be able to use it as an energy source, it first has to be released from these compounds. This is carried out using energy in the form of electricity or high-temperature heat. Research is being carried out globally into producing “green”, i.e. sustainably generated, gas in large-scale industrial quantities in a way that is cost-effective.

The main focus is on two methods here: electrolysis and solar-thermal processes. In electrolysis, water is split into hydrogen and oxygen using electricity. This technology has already been developed to an advanced stage: for example, in Germany an electrolysis output of a total of 30 megawatts has now already been installed and supplied with renewable energy. However, there is currently still room for further development when it comes to the efficiency of electrolysis, as – in simple terms – 100 watts of electricity currently produces around 20 watts of hydrogen. The aim is to increase this efficiency to 75 per cent.

The colours of hydrogen

„Grey“ hydrogen is primarily obtained from natural gas; it currently makes up around 95 per cent of global production. This involves significant CO2 emissions.

„Blue“ hydrogen is also obtained from natural gas; however, the greenhouse gases are separated out and stored. Alternativeley, it is produced using electrolysis and relies on electricity from nuclear power.

„Green“ hydrogen is obtained from water and energy – from the sun, wind, hydropower or biomass. This is the only one that is truly sustainable and climate-neutral.

In the solar-thermal process, hydrogen is produced directly using the heat energy from the sun due to a thermochemical redox reaction. During this process, the light from the sun is concentrated into a focal point by a number of mirrors. This results in temperatures of around 1,500 degrees Celsius. In theory, this process has an energetic efficiency level of 30 to 50 per cent – in practice, the yield of solar-thermal hydrogen production is, however, currently only around four per cent according to the German Aerospace Centre. The area that offers the most potential for improvement is reactor materials that enable the required redox processes at lower temperatures.

An additional option for hydrogen production is photoelectrochemical water splitting. In this process, solar modules convert solar energy directly into chemical energy by splitting water into oxygen and hydrogen. The level of efficiency is currently around eight per cent for this process. However, in order to ensure profitable operation, costs need to be optimised further and the efficiency of solar hydrogen production needs to be improved even further. For example, a silicon multi-stack solar cell was developed at the Forschungszentrum Jülich (Jülich research centre) for this purpose; this system is based on thin-film technology. It uses significantly less material than the conventional wafer technology and can therefore be produced more cheaply.

In principle, however, the systems have to be set up where sustainable energy is cheap in order to be able to produce hydrogen inexpensively at large scale. In a roadmap for Germany, researchers at the Fraunhofer Institutes ISI and ISE assume that there are regions in which electricity generation costs are below three euro cents per kilowatt-hour due to photovoltaic systems and wind turbines and the full load hours (FLH) for these kinds of installations are at least 4,000 FLH per year.

LOHC technology now enables it to be transported and stored reliably and efficiently. The gaseous hydrogen is made into a compound with a harmless carrier fluid here. Just a single litre of carrier fluid can carry over 650 litres of the gas. The oily substance is very similar to common fuels when it comes to its handling and physical characteristics. It can also be transported easily and hazard-free using tankers and trains. This is because LOHC is not classified as a hazardous substance. In addition, it can be reused once it is separated, thus enabling a closed-loop system.

The technologies with hydrogen exist

“From our point of view, the technological basis for the entire value-added chain exists,” says Prof. Christopher Hebling, Division Director of Hydrogen Technologies at the Fraunhofer Institute ISE. “Now it is essential that the groundwork is laid such that the scale-up succeeds in further reducing costs and gathering operating experience.”

Green hydrogen will be able to be produced at competitive prices as early as the 2030s. According to the Hydrogen Council, an international initiative from various companies, costs will fall by up to 50 per cent by 2030. “2020 marks the beginning of a new era for energy. As the potential for hydrogen to become part of our energy system becomes a reality, we can expect fewer emissions and improved security and flexibility. This announces the decade of hydrogen,” said Benoît Potier, Chairman and CEO of Air Liquide and Co-chair of the Hydrogen Council.

BP and Ørsted want to build a 50-megawatt electrolyser in Lingen; supplied with electricity from an Ørsted offshore-windfarm. The plant will be operational in 2024 and is designed to produce green hydrogen. The whole production from fossil fuels is to be neutral in terms of greenhouse gases in the bp refinery. In the future, production of synthetic, climate-neutral aircraft fuels and direct, environmentally friendly usage of hydrogen in road traffic and shipping will be possible.

Green hydrogen from the North Sea

The AquaVentus consortium is planning to install 10-gigawatt offshore-windfarms between Helgoland and the Dogger Bank sandbank by 2035. Hydrogen is to be produced using wind power and then brought to land via a pipeline. The project includes the development of offshore-windturbines. With integrated hydrogen production, an offshore hydrogen park, a pipeline for transport, port infrastructures, maritime, hydrogen-based applications as well as a research platform. 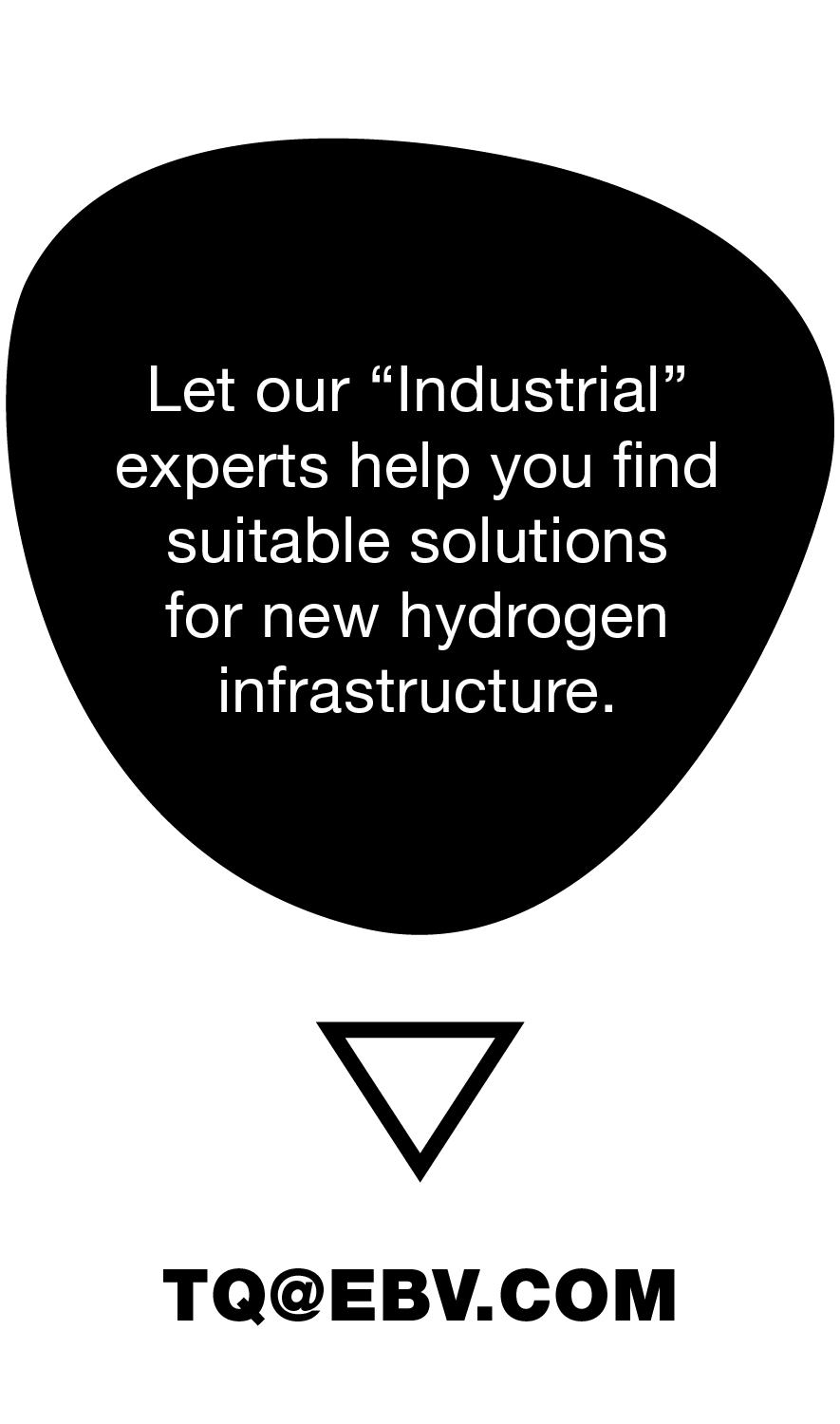