Hydropower is currently the world’s most important source of electricity from renewable sources. It is suitable for base-load operation and, unlike wind power and photovoltaic systems, is not so dependent on weather conditions.

Hydroelectric power stations are among the very oldest power generation facilities. Some of them have been reliably supplying green electricity for over 120 years. Nowadays, hydropower is one of the most important sources of sustainable energy. “Hydropower will be a critical element for decarbonising energy systems,” says Francesco La Camera, Director-General of the International Renewable Energy Agency (IRENA). According to the International Hydropower Association, around 60 per cent of all renewable electricity worldwide is currently generated from hydropower.

Power stations in all shapes and sizes

There are many types of hydroelectric power stations in operation. Run-of-the-river power stations, which tap into the current in a river or canal, are just one example. A low drop height and a relatively large, often seasonally fluctuating quantity of water are characteristic of this type of power station. For economic reasons, such systems are often built in conjunction with locks or sluices.

The steep gradients and storage capacity of dams and mountain lakes are used by storage power stations to generate electricity. The turbines in a hydroelectric dam are located at the foot of the retaining wall. Mountain storage power plants use a high-altitude lake that is connected to the power plant facility in the valley below by means of pressurised pipes. Storage power plants are used in both base-load and peak-load operation.

As the name suggests, pumped-storage power plants are not filled up by naturally flowing water sources but rather using water pumped from the valley. This keeps electrical current generated during off-peak periods in intermediate storage as potential energy in the water. During peak periods, it can then be released via a turbine.

Power from the sewers

Yet the biggest challenge that hydropower faces is the eco-friendliness of the power stations themselves. For this reason, Dr Harvey Harbach from the Institute for Water and Energy Management at Hof University of Applied Sciences is investigating the possibility of obtaining energy from existing water installations: “Wherever there is water flowing, the power in that water is also plain to see. Not making good use of this power means squandering potential.”

However, no new installations are being considered in the project, as Project Leader Professor Manuela Wimmer emphasises: “We work exclusively with water that can be reused to generate electricity after its first use. Specifically, this means water used in aquaculture for fish farming, processed into drinking water in treatment plants, or simply as water flowing out of private households in sewage ducts.” In all of these cases, the water is propelled by gravity alone. Here, electrical energy can be generated through the use of turbines or water wheels without impacting any ecosystems.

In the words of IRENA, the globally available hydropower capacity will need to be expanded by around 60 per cent to 2,150 gigawatts by 2050 in order to keep global warming well below two degrees Celsius.

Making use of the tides and waves

However, hydroelectric power stations that use tidal flows or the power in waves have their sights set on exploiting considerably larger amounts of energy. The international World Energy Council estimates that facilities harnessing tidal and wave power could cover up to 15 per cent of global electricity demand.

It is estimated that wave energy along coasts worldwide amounts to over two terawatts. At the turn of the millennium, there was a lot of buzz surrounding wave power plants. Limpet, Wavestar and Pelamis are all names of projects that were cause for a good deal of hope back then. And aimed to harvest electricity from the motion of the waves in different ways. However, these systems either failed to progress from the experimental stage or were later dismantled again. The problem was that they simply supplied too little electricity to be profitable. Additionally they were often damaged during heavy storms.

Nonetheless, systems continue to be developed today. That would enable the vast amount of untapped energy in tides and waves to be exploited. As an example, Orbital Marine Power brought “O2” online off the coast of Orkney in April 2021. It is the world’s biggest tidal turbine. Around the islands, tidal flows can reach over four metres per second, ranking them among the world’s strongest. To make this energy fit for use, Orbital’s O2 is equipped with two 1-megawatt-turbines. That combine to form a 600-square-metre swept area and can generate two megawatts of clean and predictable electricity. The facility is therefore able to generate enough electricity to meet the needs of 2,000 households. And offset around 2,200 tonnes of CO2 produced every year.

Mocean Energy is bringing another energy generation principle to fruition with Blue X. This wave energy converter comprises two hulls connected by a hinge and anchored to the seabed. The waves cause the hulls to bend around the hinge and drive an internal generator. The 20-metre-long, 38-tonne wave machine will initially be put through sea trials at the European Marine Energy Centre’s test site in Scapa Flow before being installed at the EMEC proving ground off the coast of Orkney. In the words of Mocean Energy Managing Director Cameron McNatt: “As we drive toward net zero, we will need many forms of renewable energy, and wave energy can make a significant contribution.” 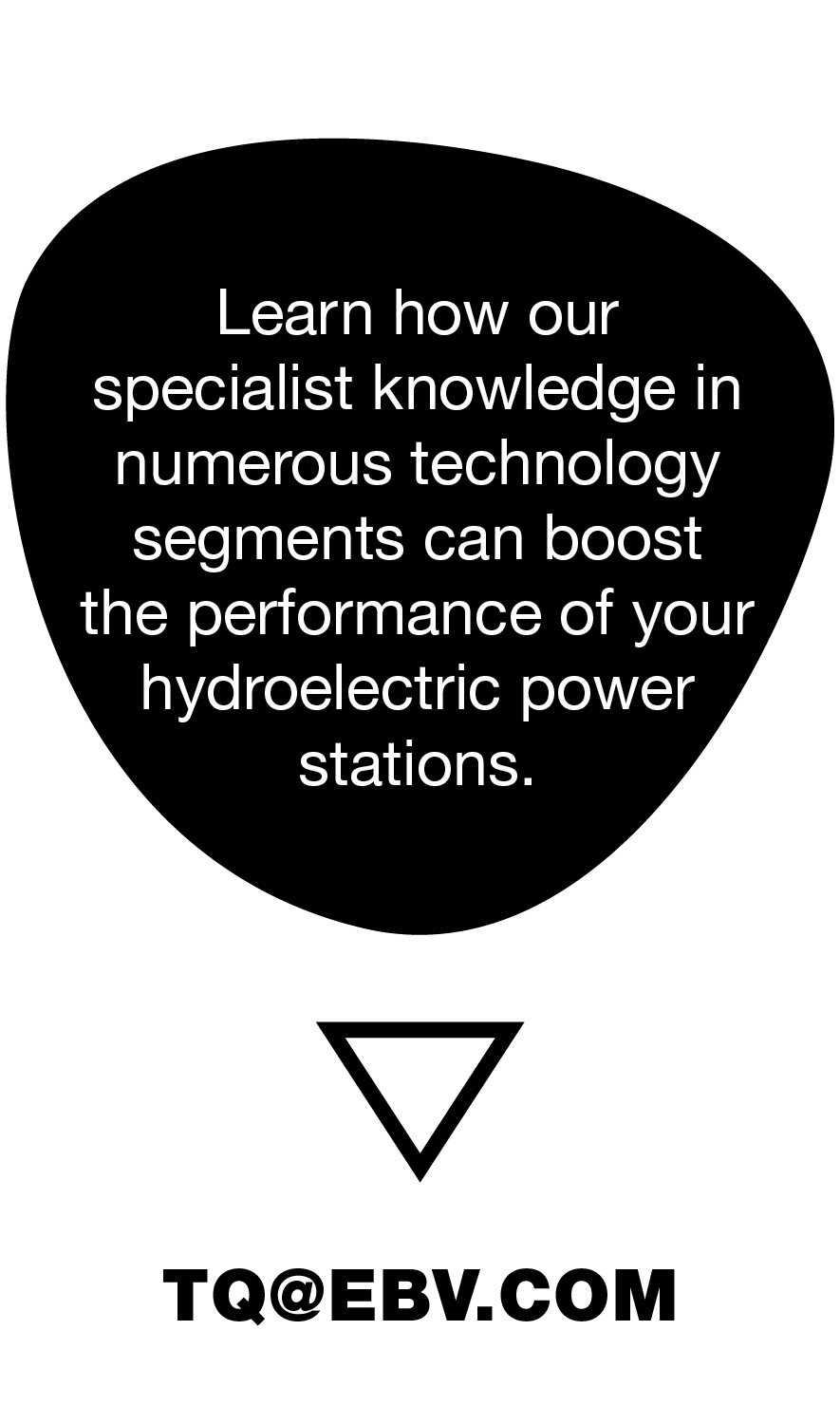